In a new series, I’m interviewing clients and friends who moved to either Germany or Hungary and had to immerse themselves into language and culture all of a sudden. I ask them about their experiences, how long it took them to feel at home and learn the language, what challenges they faced and how they dealt with the language barrier. First one in the series is a dear student of mine from a long time ago, Muhannad.

Muhannad studied German with me for a very short time only, in order to prepare for his move to Saarland in Germany. He works now as an orthopaedic surgeon and explains what it took for him to feel at home in Germany and become part of the community.

Muhannad: Arabic is my mother language. I speak English fluently and have some basic Polish knowledge too.

How was your German when moving there?

Muhannad: Beginner level. Just some words and phrases that I learnt in London with Gabi.

Was German an absolute requirement for you to speak, or would you have been able to get by with English too?

Muhannad: German was very important as I moved first to Saarland next to the French border (French is much more common to learn than English).

How long have you lived in Germany?

What do you do? How is work – people, colleagues, environment, the German work culture in general?

Muhannad: I am an orthopaedic surgeon working currently in private praxis. German people are generally a bit reserved, they need some time to get to know you and make up there mind about who you are.

Once you can speak the language fluently and try to be part of the culture (including festivals, way of life, food, and drinks ), it is pretty easy to win their hearts and support.

Just go to any Bier garten on a nice summerly evening and you will find it very easy to make some friends after few Bier and couple of sausages.

Would you say that Germany is your home now?

Muhannad: I still miss England but I could say that Germany is my home. I would say it took no longer than 4-5 years to feel this way.

Anything you find particularly good, interesting, different or unusual about life in Germany?

Muhannad: Summer here is a proper summer, a lot of open swimming places, a lot of street festivals and of course the christmas markt. 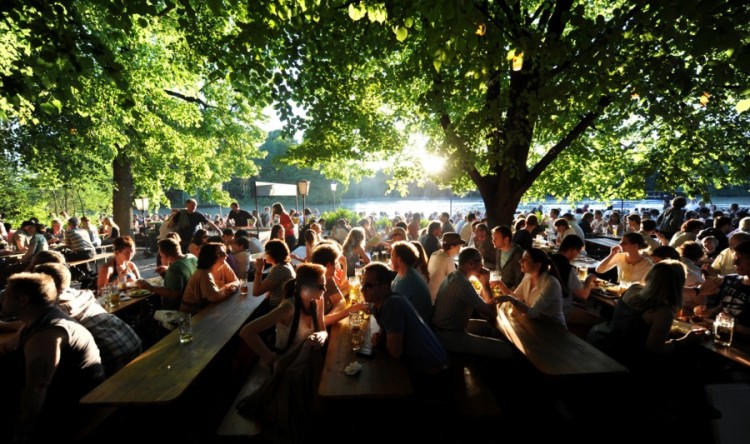 What do you find the most challenging about the German language?

Muhannad: Grammar, long words, and to distinguish between Maskulin, Feminin, and Neutral words.

If you had to give just one important tip to fellow students of German preparing for a move, what would it be?

Muhannad: Watch a lot of Youtube videos, don’t kill yourself trying to find the difference between der, die, das because it will simply NEVER HAPPEN …

Do you have a favourite word or expression?

And finally, a quick-fire …