In this article, I’ll explain to you 3 key factors you need to know about if you want to speak a language flawlessly.

Firstly, you’ll learn a little about how we create sounds.

Then, I’ll explain how children learn their mother tongue and how we learn foreign languages at a later stage in our lives.

And finally, you’ll be able to determine what your chances are to speak a foreign language accent-free, plus you’ll get some tips from me how you can improve your pronunciation, no matter what language you’re studying.

1. the act, manner, or result of producing the sounds of speech, including articulation, stress, and intonation.
2. a way of pronouncing a word, syllable, etc., that is accepted or considered correct.
3. the conventional patterns of treatment of the sounds of a language: the pronunciation of French.
4. a phonetic transcription of a given word, sound, etc.

Let’s start with an example. My example.

I’ve lived in London for 8 years. Now, I’m pretty good at English, albeit I’m not a native speaker and never will be. That’s a given.

I spoke an ‘OK’ English with a pretty mix of German and Eastern European accent when I set my foot on the Great British soil. When I realised this, I decided to do everything to minimise it.

Why? I didn’t feel stigmatised or at a disadvantage, but I’ve had a strong desire to integrate as much as possible into the British society, and part of learning and adapting was to learn the language properly.

I started watching British TV, and mimicking how show hosts were speaking. Very soon I realised the subtle differences between certain English dialects, Australian and American English, and slowly I’m picking up South African English too. (No, I can’t pronounce, but I can finally notice the difference which I’m really proud of J )

What’s the situation now then? People can’t determine where I’m from. They do notice something, but they can’t associate my pronunciation with either the typical German or Hungarian accent. So, I’m assuming I’m on the right path, but I’m also aware that this journey never ends.

As a foreign language teacher, I also mentor students on their journey to reach a specific language goal – whether they study for personal or business reasons. I’m fascinated to see that pronunciation is so easy for some of them, others struggle so much to get it right, and there are a few who just can’t be bothered and gave up to learn it properly.

What makes it so difficult to speak a foreign language accent free and why are some of us better at it whilst others struggle so much to nail it?

Firstly, let’s explore a little how we create sounds.

Our lips, teeth, tongue and all those muscles in and around our mouth including our throat and our breath contribute to the way a sound is formulated and how it comes out of our mouth. Linguists have studied extensively every single language in the world including dialects and created a chart of all existing vowels and consonants that come up in natural languages. This is called the IPA chart. IPA stands for International Phonetic Alphabet. When you look up a word in dictionary, you’ll likely find the transcript right after the word. IPA symbols are used to help you with the right pronunciation. The IPA chart contains every single sound used in all languages wide across our planet. 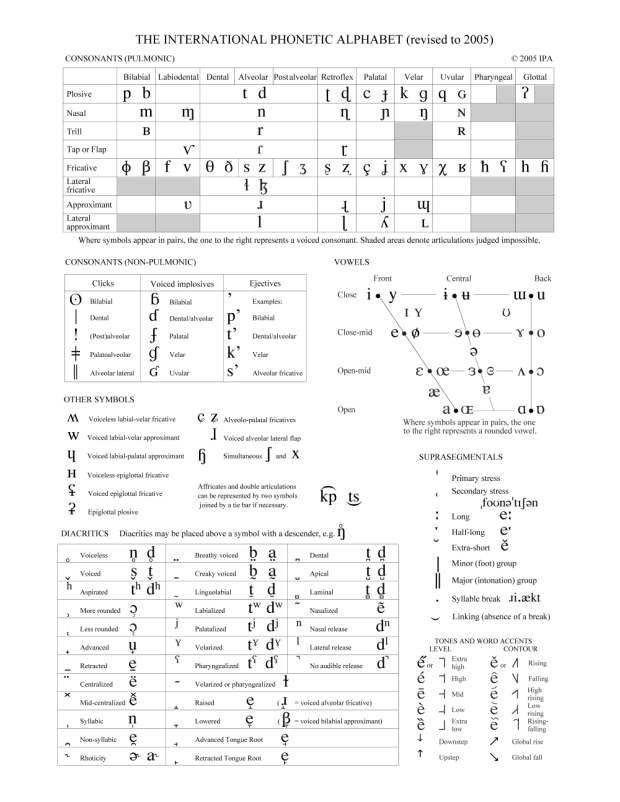 If you want to hear how all, and I mean all these little building blocks of natural languages sound, have a look at this chart and click on the sounds. You’ll be astounded to hear subtle but for some ears hardly recognisable differences between certain vowels and consonants. I find click consonants the most fascinating. They are part of the language of certain ancient African tribes in the Namibian desert such as the Khoisan. (See video links at the bottom of this post.)

Are children at an advantage?

Children learn their first language intuitively. They can hear and distinguish phonemes of their native language fairly quickly and develop a preference for them. Babies learn by mimicking, which enables them to learn a language without foreign accent. Mimicking involves observation, stretching muscles and experimenting until they get it precisely right.

Experts seem to agree that these muscles are flexible up until the age of 8-12. If you are exposed to more languages in your early years, your chance to speak them accent free is more realistic. Later on, not so much.

Alene Moyer writes in her book Foreign Accent: The Phenomenon of Non-native Speech:

Second language users face a difficult task: They must learn to perceive fine phonemic differences and establish a new system of phonological rules; produce sounds and sound sequences that often contradict the rules of their native languages; and replicate the patterns of stress, rhythm, and intonation that carry implicit as well as explicit meaning. (…)
Even if some advanced learners perform like natives for various aspects of L2 grammar, phonological authenticity is out of reach for most.

In my interpretation,  the point is this: If you were exposed to more languages in your early years, and you start to learn a new language later in life, your pre-trained muscles will find it easier to adapt new sounds, therefore your pronunciation can be closer to native, if not perfect. (Of course a lot depends on how close the sound inventory is between your native and new language.)

So what can we do to improve our pronunciation and get the best out of those speech and ear muscles?

Here are a few tips you may find handy:

And remember: the key is to be clear and comprehensible. As you see, flawless accent is almost impossible to achieve as an adult learner, and let’s admit: it’s also not essential to get your point across.

Now, I’d love to hear from you.

Have you ever struggled with pronunciation? If so, share with us what exactly you find most difficult?
In your experience, are foreign speakers at a disadvantage because of their accent?
It would be great to hear your stories and thoughts.

As ever, thank you for reading and please share if you found it interesting or useful.

And here are some articles, white papers and videos that will give you even more insight if you’re interested:

An interesting white paper on why ego can be a hurdle when studying a second language: http://www.journals.aiac.org.au/index.php/alls/article/view/1915

This is how the Khoisan click language sounds:
https://www.youtube.com/watch?v=W6WO5XabD-s&noredirect=1

And a little fun, with Trevor Noah, Live at the Apollo:
https://www.youtube.com/watch?v=GgZYCj39M38

Subscribe to my newsletter and become a GF Insider!

Mid February, I was invited to speak at the New Generation Centre’s London Meetup, where I gave a short talk entitled Online connections & Offline Events. How to establish meaningful professional relationships on LinkedIn and beyond. It was really lovely to meet and connect with loads of ambitious young professionals and students and have engaging discussions with them after my 10-minute talk. I must say that the shorter the talk, the more challenging it is to nail. I could have talked for at least an hour about the subject. But the assignment was to prepare 10 minutes – so I opted to talk about the importance of having a professional network one can reach out to, and shared a few practical tips and techniques on how to build one from scratch. It was a very exhilarating experience. #thingsilove #tbthursday
“As sure as the spring will follow the winter, prosperity and economic growth will follow recession.” Bo Bennet
After a long social silence, I’m back with a personal update in my blog where I share some of the ups and downs I’ve been through in the first quarter of 2020. Hope you, your family and loved ones are well and safe. I’m in London, in our apartment, with husband. We cancelled all travel plans, we closed our hair and beauty salon, and we’re prepared to hunker down inside for the next 6-12 weeks, or as long as needed. We are determined to do whatever we can to help flatten this damn curve. Most of my clients are now working from home. Some of them have small children. Others have adult kids who moved back home to stay safe and close to family. A client had to postpone her wedding. The whole world is upside down. I really believe that any panic has to be transformed into preparedness, problem-solving, and purposeful action. I’m 100% certain that if we pull together, we’ll make it through. In fact, I believe that within every crisis lies an opportunity for us to grow stronger, wiser, and more resilient as a result. But based on the facts, I feel strongly that the most important step we can take right now is to stay home and stay well - wherever we are in the world. For the past week, I’ve been connecting (virtually) with my clients, colleagues, family and loved ones to help put things into perspective. This collective experience is making us think differently about our lives and our livelihoods. While none of us know how the next few weeks will unfold, I promise to keep showing up whenever I can. In the meantime, take really good care of yourself. Hardly anyone speaks about the importance of strengthening your immune system to be ready to fight the virus if needed – so please, do look after your immune system to stay strong and healthy. And if at all possible please, please, please stay home. It’s the *most* important thing we can do to take care of ourselves, each other, and the most vulnerable in our communities. Love, Gabriella #LondonTogether #stayhomesavelives
I mean, just wow 😮. This is just one of numerous building of the Grand Palace in Bangkok. The Grand Palace has been the official residence of the Kings of Siam (and later Thailand) since 1782. It’s a huge complex of halls, temples, chapels and pavilions set around open lawns, gardens and courtyards. #thingsilove